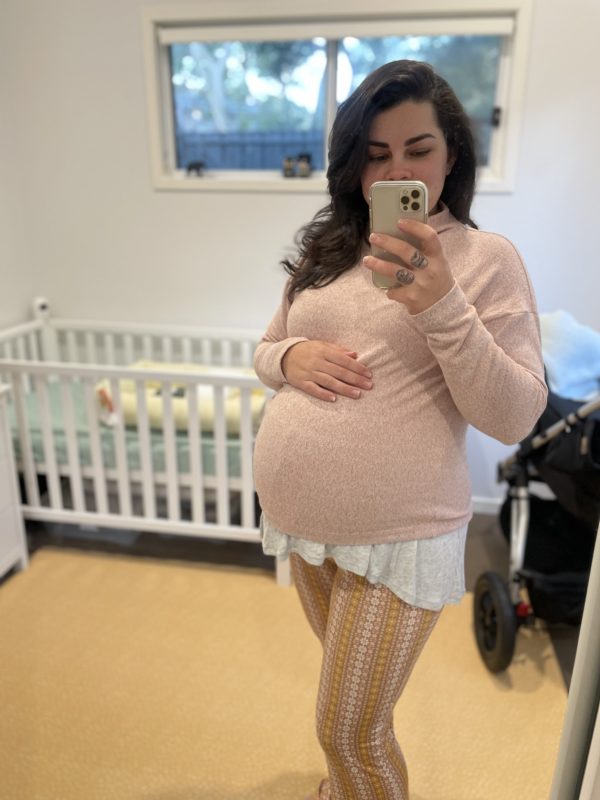 I had a perfect pregnancy, you could say it was almost text book. Our little Pea (as we called her before we knew she was a her!), was on the chunky side, but other than that, she was growing well – as was I! It wasn’t until week 34, when my OB said that Pea’s tummy was looking rather large that things went a little askew. But he said not to worry, let’s get a second opinion just in case.

That second opinion turned into a third, and then a fourth, before my husband and I had any idea just what the enlarged tummy could mean. Pea was showing an echogenic bowel on the ultrasound. Basically, where the bowel and intestines were meant to be black (meaning the sonographer could see through it) it was solid white. This meant that something was filling her bowel. Amongst a hundred other things, at week 37 we were tested for the Cystic Fibrosis gene, had been through what felt like 1000 scans, met four different specialists at five different hospitals and clinics across Sydney, and were told countless times – “this doesn’t look good” – but without any answers.

The best case scenario was that our baby would be born and naturally pass from her bowel whatever was causing the blockage, we had no idea what the worst case scenario could even be – I refused to Google it! During the final weeks of my pregnancy I found it very hard to maintain my Hypnobirthing routines and mindset. I kept my affirmations stuck to the mirror where I got ready for work each morning to start the day with a positive mindset. During the day, if I started to worry, I reminded myself; I am safe, my baby is safe. I am calm, my baby is calm.

Because of Pea’s enlarged tummy and the risk of it being even larger at 40 weeks, we made the informed decision to be induced at 38 weeks. The thought of being induced was far from the way I had wanted Pea to enter the world, I wanted my body to naturally take it’s course but knew I had to put her first. My dream of a completely natural water birth was put on hold, as water births are generally not permitted with induction. At my persistence, my OB and the Hospital agreed to support labouring in the bath, but birthing out of the water. Induction also meant that our Paediatrician would be on standby ready to evaluate Pea as soon as she was born. 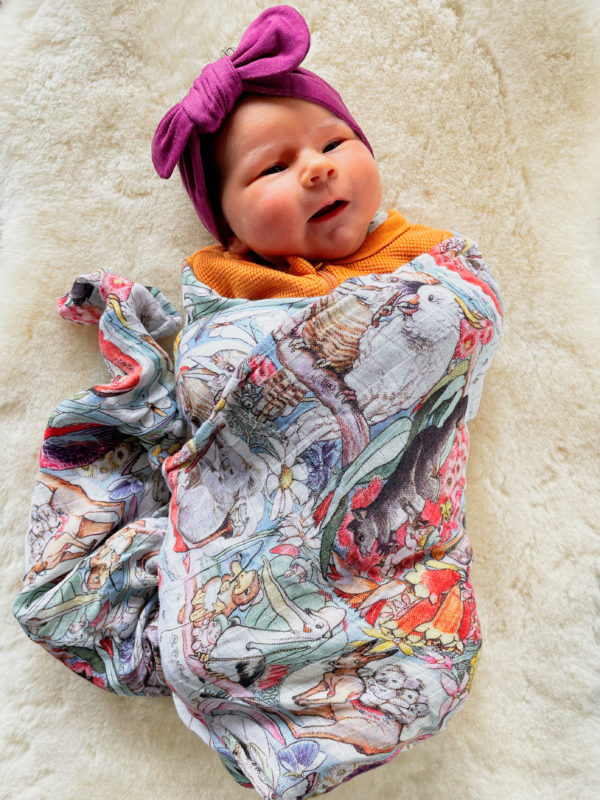 Monday 21st June 2021 I was admitted to Northern Beaches Hospital. The midwives were wholly supportive of my Hypnobirthing requests, and kept a print out of mybirth preferences in the room next to my bed. From the outset, they were encouraging and supportive of my preferences and considerate of the medical sensitivity. Even through shift change I didn’t have to repeat the details, they discussed it amongst themselves and each midwife came in knowledgeable and positive. One midwife in particular, Ana, made sure to work with us closely on each of her shifts over the next three days. She committed herself to me emotionally, talking me through my breathing techniques, affirmations and held my hand through each examination and discussion.

That afternoon I was induced using Cervidil Prostaglandin tape. Painless and easy to insert, this was it, we were on our way. Contractions started that evening and 12 hours later I was 1cm dilated, my cervix needed to be a minimum of 2cm dilated for an ARM. Under advice from my OB, who backed me in my corner every step of the way, the midwives progressed with Prostaglandin gel instead of the oxytocin drip. Another 24 hours later, with regular contractions that took my breath away, I was 2cm dilated. Having had regular internal examinations over the last two days, I was ready for the ARM. However it wasn’t to be, the next examination revealed that even though my cervix was beginning to ripen, Pea had moved upwards, lifting her head out of my pelvis. The OB could barely touch her head with the tips of his fingers. Still insisting that I wanted to try to birth her physiologically, I called my OB to consult with us, Ana and the on-call OB as a group. In the room together, we agreed that if I wanted to proceed physiologically we would need to find her head and put a monitor on her, to closely and accurately track her levels of distress, and this would mean no water birth or bath at all. 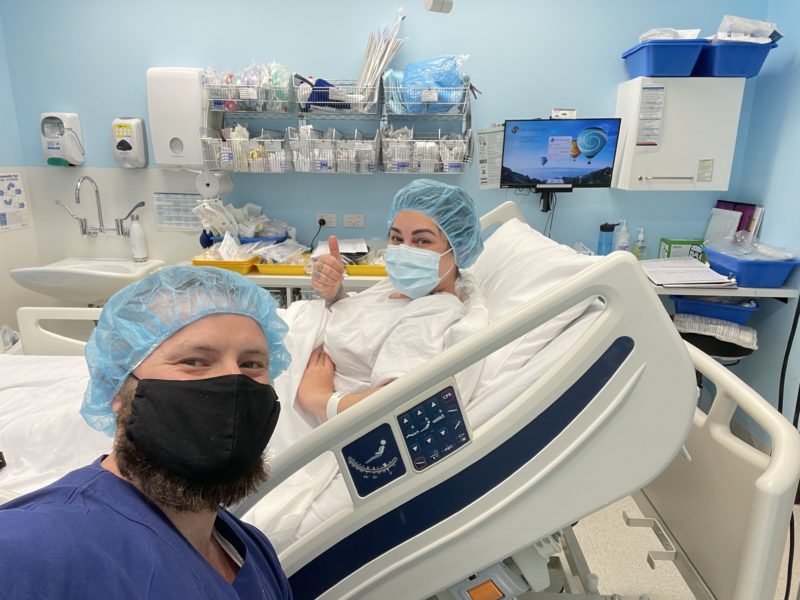 I asked everyone to give Tom and I the time to discuss our options privately, which was honoured with kindness. While we discussed our options, I bounced on an exercise ball and with a little bit of patience without people in the room, an hour later she dropped down again. Unfortunately an ultrasound revealed she had presented her brow instead of her head. This meant her chin was untucked and her neck was extended backwards, and now at high risk of shoulder dystocia or a similar birth injury. This left us with minimal choice. We could put the monitor on, sweep my membrane and put in the oxytocin drip, but would likely end up in emergency cesarean because of the very high risk of birth

injury, or we could make a calm, informed decision to progress with a cesarean on our own terms.

We opted to not ris

k putting Pea under any further stress. With the support and guidance of Ana, Tom and I spent the next 4 hours preparing ourselves for a caes

arean. Ana walked us through every single aspect of the procedure and held my hand through the multitude of tears of disappointment and then acceptance.

Tom was given scrubs and booties, and we were wheeled down to theatre. I had a minor reaction to the anaesthesia, my adrenaline levels spiked which sent me into uncontrollable violent shivers for the entire procedure. Covered as much as

possible in heated blankets, Tom held my hand as the procedure began, my teeth clattering with every shiver.

With Ana still by our side, when her shift finished over an hour before, plus an amazing team of anesthesiologists, surgeons and midwives, Tom and I welcomed Daisy Joy Brown into the world at 8.45pm on Wednesday 23rd June 2021. Weighing in at 4.116kg, she opened her lungs the second she could. Tom cut the cord and had the very first cuddles, and then placed Daisy on my chest where I could hold her. Those precious first 10 minutes in the theatre were the only time my shivers stopped. They started again when Tom and Daisy left to go to recovery ahead of me. In the end, I lost 900ml of fluid, needed a blood transfusion, and shivered for hours after the procedure.

Despite the difficulties we faced toward the end of my pregnancy, the unknown and the emotional stress, Daisy naturally passed a large meconium blockage by day 4. She continues to have a sensitive tummy, and we will keep a close eye on her development as we start solids, but overall she has been a very well and vibrant, happy little baby. Putting on weight like a little over-stuffed dumpling, we love her to the moon and back, and reflect back on our birth experience with gratitude.